I came across one of my old performance CD’s and decided it was time to relive one of my favorite songs “Glitter in The Air” by P!NK…and video it, haha. I hope you guys enjoy! let me know what you think!

I deeply apologize for my lack of updates lately, I know it’s been a while…

You see, I was preoccupied with my adventures in New York…That’s right! New York City!

I have so much to share with you all, and so many photographs, that I will have to split my posts into sections! This, of course, is the first!

As I had posted about before, a select group out of my college choir were chosen to perform at Carnegie Hall in Manhattan! I know right!? We sang for 70 minutes non stop! What musical feat could we possibly be pulling you ask? Why Brahms Requiem of course! Under the great and amazing direction and instruction of the Maestro John Rutter himself!

Maestro John Rutter is a legend in the musical world! I remember when I was in the 6th grade choir all the way until now, performing his music! This reality of him instructing me now was far bigger than I ever would have dreamed in 6th grade.

Brahms Requiem is glorious piece of music containing 7 movements. There is none other like it of its kind, and this is why;

At one time, all masses of the dead were written and sung in Latin. Masses of the dead were meant as a comfort to both the dead and the living, but especially for the dead’s crossing over. Although these masses were beautiful, and did have a certain comfort to them, they were said to have given a somewhat distant feeling because it did not reach directly to people in their native language. That is when Johannes Brahms, whose native language was German, decided that his people needed a comfort and tribute that was more direct.

Brahms Requiem was the first Requiem/Mass for the dead to be written in German, as well as the first to be written outside of the Latin language and was not just for the dead, but to help heal the heart of the living. There is no doubt that even being sung outside of my own known language of English, I can feel the power, emotion, and spirituality of it. Its a piece of music that speaks beyond words, it literally enters your soul, and makes a home there, and you never want it to leave…

My college choir directors, Mr. and Mrs. Lemson, Our director of language, and assisted choral directing, Mrs. Peggy Spitzenberger, and our Carnegie Hall director Maestro Rutter, all gave me a new feeling and understanding for this music, and working with them is a treasure I will never forget. I was surprised how both Mr. Lemson and Maestro Rutter were so similar in so many ways. They are both such knowledgeable, and great men, and yet so humble. They both have the power to raise chest rattling voices with the flick of a conductor’s wand, and then lower the softest unison whisper with a simple hand motion. They are the music, they are the ones that can see the sound float through a silent hall and know that it is part of the universe, and makes us who we are.

And as I stood on this stage, where so many greater people than I had stood before, I felt the rush of all of this energy and power at once that my body was too human to control. It did not happen right away, I mean of course I was in awe of the whole situation, but something happened when Maestro raised the conductors wand for the first time. It was as if something had opened up that was never there before, as if a bubble filled with the collections of all the passions and emotions of past performers on this stage was hovering over us, on the verge of bursting. When Maestro raised his wand, it touched the tip of the bubble, there was a silent explosion, and its contents showered across us all, and suddenly we were overwhelmed.

The words that Brahms had written escaped my lips, but it was as if my mind was floating in other dimensions, despite my attempts to focus. I was not there, yet I was. It was true all of our bodies were sore from the extensive and long rehearsals, as well as the performance now, but it wasn’t that. I could feel my body swaying from side to side, and although aware of it, I could do nothing, it was no longer mine, but God’s and the Music’s. I tried to remain focused on the music, and although somehow I sang all of the correct notes, it was as if I was spiritually floating away. I had never in my life experienced anything like that before. It wasn’t an admiration of the music, but an actual assertive force that would not allow me to escape. Sweat poured down my forehead as i tried to keep myself steady, and although my knees were not locked, as was Choir protocol, I could feel them giving out. It was not stage fright, I knew what stage fright was, and I knew how to overcome it, this was something different. it was a force that I could not control,and because of that, I was frightened. I felt like I was a fool, that if I fell, I would ruin it for all of us. I do not know how, but I remained standing to the very end, and my body once again became mine as I sang the last word of the last movement, “Selig.” It was a strange feeling, because I only remember singing the beginning and the end, and everything between that, I only remember…well i’m not even sure how to explain it.  I stood there for a moment, unsure of what to make of it all, The feeling had suddenly yet gently left me, and I felt like I was back on the ground…but I was stunned.

I looked up at the majesty of the Hall. I was in awe of the golden carvings and red velvet that adorned its balconies, and as I heard the audience clap and cheer and give a standing ovation, like a roaring wave through it’s acoustically perfect shape, I suddenly realized where we were and what we had done.

It wasn’t until after we returned to the dressing room, that I heard the basses and tenors talking of the several men who had literally dropped and passed out in their group during the performance. I then heard one soprano and one alto discussing how nearly the same happened to them, and how they were unsure of how they remained standing, for they too had no control over their body, and had no idea what would have caused it. It was exhilarating yet relieving to realize it was not just me having these experiences.

It was an experience without explanation, that left us in a somewhat stunned state. This was no physical fatigue, or nervous state that had effected us, it was a spiritual experience that perhaps even more had, but were frightened to tell. I have given up on explaining it any further, because despite the words I try to find, everything seems too, well, human. I feel that putting spoken words to its description would take away from it, although I have done the best I can.

For someone who considers them self to be in a close relationship with God, I feel that that day I was, as well as I’m sure others, given a new understanding, and realization of the power that resides in the universe and its dimensions. I was shown just a small glimpse in those moments of being lost outside of my humanness, how music, the universe, and all of us are connected and one, because in that moment everything became literal when we sang as one voice of the beauties of the known, and unknown. Performing in Carnegie Hall was an amazing, once in a lifetime experience. But whatever that was that had effected us; perhaps the past spiritual emotions, passions, and powers that had once entered that place, surpassed any earthly experience available. I thank God for that experience, as well as my directors who lead me in the direction of this understanding, and brought me to where I am today. I developed a new closeness and love for my fellow choir members, a sense of security and family within ourselves that we were all reaching for and succeeding in the same venture. When I returned from New York, although I was home, the world was different, and i liked it. Because of this experience in my life, I know the world will never be the same again, nor do I want it to be. I see through different eyes.

You have made the difference in my life, brought new meaning to it, and gave me a new courage I never thought I could have.

HALLELUJAH! WE DID IT!

Mr. Lemson and I after the performance.

Maestro John Rutter and I during rehearsal at the Grand Hyatt

Friends for Life! Myself and my fellow college choir members at rehearsal

Our view from the Ballroom at Grand Hyatt Hotel, where we held our rehearsals

My Copy of Brahms I used during the performance, signed by Maestro John Rutter, and our two soloists

Words are what we look for.

We taste its flavor in our soul,

But cannot describe it so quick.

So as we search this place…

The storage unit of our mind,

We hunt for the answers of the abyss

Discovering that as long as we trust Him,

It doesn’t matter what we think we find.

Check here for categories in my work! 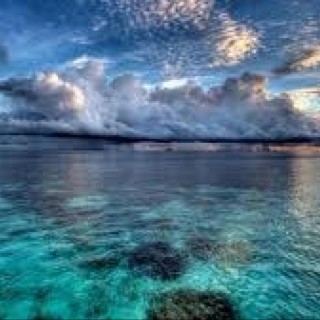 An artist who works in all mediums, including; costume, writing, makeup, jewelry, photography, music, video, and sculpting! if you are interested in my work and would like to contact me, you can reach me at mermaidteapartyart@gmail.com